Do you have any siblings? A sister or brother you grew up with? I do. Being the eldest, I have a younger brother and sister. A health emergency came out of the blue in September that consumed me for almost 7 weeks. This is an intimate story of 2 sisters, healing and devotion.

Joanne had been rushed to the hospital with intense pain in the morning of the 25th. The doctors could not analyze it. None of the painkillers had helped her. A 3 hour drive in flooding conditions did not stop me from arriving at the hospital in Rhinebeck. Being a certified Reiki Master healer and using all my psychic abilities, I channeled light into her right ovary which was the epicenter of the pulsating pain. She felt relieved. 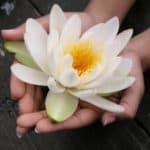 The next few days followed a pattern of healing work, doctors taking tests, nurses fulfilling requests and hanging out. Her close friends, Nancy and Kimba, were vigilantly present from the very beginning. Finally, later on Thursday, a doctor came in with news that was alarming. Jo’s CA 125 test – which measures the amount of the protein CA 125 (cancer antigen 125) in the blood – came back as 1400. Normal is 100. The 4 doctors who were on her case said she had ovarian cancer. The tumor had been felt by the gynecologist. Friday this was confirmed.

Jo was released from the hospital with instructions to call the oncologist asap. That Saturday I returned home, knowing that she was in excellent hands with her friends. I had cancelled several professional events because nothing is more important than my family but it was time to catch up on business and see my daughter and husband.

My sister and I spoke during the week. Jo saw the doctor and had a date for the operation quickly in place. She had decided to stay near home and go to Vassar Brother’s Hospital in Poughkeepsie. She would have a full hysterectomy so everything would be thoroughly tested for the cancer.

As a Reiki Master, I can do long distance healing which I had done each day away from my sister but I felt compelled to see her in person again before the operation. I went up the next weekend to be with Joanne and do more direct healing on her. In fact, I initiated her into Reiki so she could also work on herself.

Then I returned the following Sunday to take her to the hospital Monday morning, October 15th. Nancy, Kimba and I waited all day for the operation’s confirmation and finally went to lunch around 4. I had an early Thanksgiving dinner – turkey with all the trimmings.

Within an hour I was truly giving thanks because as we returned to the hospital, the oncologist called to tell me the news. The medical analysis had been incorrrect!

It was not ovarian cancer! It was an extremely inflamed tumor twisted around the ovary! I was so ecstatic that I made the doctor tell me the news again as I repeated it to her friends. They were wrong. An amazing result had occurred. Jo was in the 1 percent of misdiagnosis. 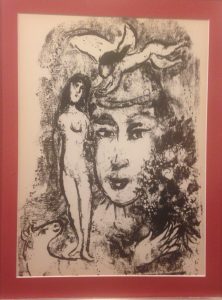 Concurrently, I felt humbled and filled with gratitude. All the healing light channeled into her body and spirit had also worked its miracle.

However one sees this, we are all in praise. Amen.

Just to be certain, the removed organs and tissue were tested over the next several weeks. Of course, I continued sending Reiki and healing energy to my sister. Everything came back negative, free of any cancer. I had stayed with Joanne at the hospital for 3 more days until she left it and then went home. On November 7th, I saw her again. She had finally returned to her house after spending several weeks at kind Nancy’s. The next morning we went into Rhinebeck for a celebratory brunch on a sunny day.

I have created various tools that can help you in your inner growth.  Click on the phoenix bird below. Someday you may be able to share your amazing story.

Tis the season of light and peace.  Spread to others the joy these can bring.  I shall be doing the same and even more by offering classes so you can become a Reiki healer.  Contact me about details.  Gift yourself and those you love.